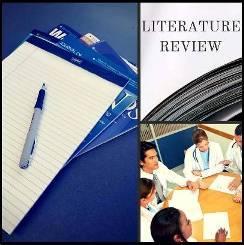 Editor's note: This post is part of the Temple University School of Podiatric Medicine (TUSPM) journal review club blog series. In each blog post, a TUSPM student will review a journal article relevant to wound management and related topics and provide their evaluation of the clinical research therein.

Venous leg ulcers (VLUs) affect 3% of all people aged 65 years and older. After healing, the recurrence rate can be as high as 69%, making the treatment of VLUs costly to the healthcare system. In Australia alone, VLUs cost the healthcare system $400-500 million per year. VLUs are problematic for patients beyond the physical ulceration of their feet because they create social and psychological challenges. Therefore, treating a VLU entails not only closing the ulcer with full epithelialization, but also taking the correct measures to prevent its recurrence.

The trial consisted of 93 participants who were monitored for 26 weeks in a nursing home service in Victoria, Australia. Overall, 73.1% of the subjects were female, and the average age of participants was 78.7 years old. The 93 participants were divided into 2 treatment groups: a group of 53 that received the moderate-compression stockings, and a group of 47 that received the high-compression stockings. Any patient who did not adhere to compression stockings for at least 50% of the study duration was classified as non-adhering, while those who adhered for 50% of the study or more were classified as adhering. Each group had comparable baseline characteristics, and both groups were blinded to all variables. Both the nursing staff applying the stockings and the participants were unaware of the brand of stocking or level of compression delivered with each stocking treatment. All participants initially wore a 4-layer bandage for 2 weeks after the initial ulcer was healed.

The results indicate that 11 of the 93 participants experienced recurrence of the study wound, with most recurring by 13 weeks, and an average time to recurrence of 77.91 days. There was no significant difference between the moderate and high compression treatment groups and the percentage of study wounds recurring. There was also no significant difference between the two treatment groups and the incidence of new ulcers forming in anatomic areas that were previously ulcer free. Other-ulcers in previously ulcerated locations outside of the study wound had a 6.1% recurrence rate in the moderate-compression group, and a 2.3% recurrence rate in the high-compression group. However, a definitive relationship between compression stocking pressure and other-ulcer recurrence cannot be made because of the small sample size.

The results of the study do not provide conclusive evidence as to whether a moderate or high-pressure compression stocking is more effective in preventing recurrence of venous leg ulcers. The short follow-up period of 26 weeks was a limitation of the study; a longer monitoring period could have identified more ulcer recurrences, and potentially could have resulted in more conclusive findings. The study does, however, exhibit that poor adherence to compression stockings is associated with high recurrence rates of VLUs.

The high-pressure compression stockings had significantly lower adherence rates, while the 4-layer bandage for 2 weeks during the post-healing period had very high adherence rates. This result, along with the finding that high-pressure compression stockings were well-accepted while wounded, indicate that patients can tolerate the high pressures when they are most motivated to becoming healed, and when they know their treatment is only short-term.

When patients know they must wear a moderate or high-pressure stocking long-term, their willingness to adhere to the stockings greatly decreases, as seen with the largest non-adherence to the high-pressure stockings. Ultimately, the only predictor of study wound recurrence in this study was found to be adherence. Hence, physicians must recognize and correct the potential causes of discomfort leading to non-adherence among their patients, such as itching, swelling, rash, tightness, skin irritation, and superficial skin breakdown. Adherence rates may increase by providing patients with the highest possible pressure stocking that each individual patient can tolerate, as opposed to blanketing all patients with a similar range of pressure stockings that may be intolerable to some but insufficient for others.

Mohammad Junayed Khan is a third-year student at Temple University School of Podiatric Medicine (TUSPM). Junayed graduated from Temple University in 2014 with a Bachelor of Arts in Biological Anthropology. He has interests in all aspects of podiatric foot care, including wound management and therapeutic intervention.

The views and opinions expressed in this blog are solely those of the author, and do not represent the views of WoundSource, Kestrel Health Information, Inc., its affiliates, or subsidiary companies.

Virtual Doesn't Have to Mean Impersonal: How to Navigate More Control of Wounds in Uncertain Times
April 17, 2020 12:00 pm to 12:45 pm EDT Register