What is Tetanus? Causes, Symptoms and Prevention Strategies 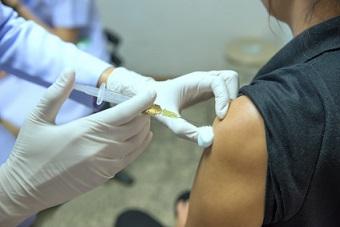 Pathogenesis and Epidemiology of Tetanus

Tetanus is a multisystem disease that occurs worldwide and is caused by the bacterium Clostridium tetani. This bacterium is present in feces and soil. Tetanus has been mostly eradicated in the United States because of childhood immunization; however, there have been reported cases among immigrants, as well as young adults who partake in higher-risk behaviors such as body piercing and tattooing and those who fail to maintain adult booster immunization. Other risk factors include diabetes or chronic wounds. It is fatal in approximately 10% to 30% of cases. Tetanus can be localized (with muscle contractions in the part of the body where the infection began) or generalized (affecting the entire body). Most reported tetanus cases are generalized.

Tetanus bacteria enter the body through open wounds. If the bacterium enters a wound with low oxygen content, it can germinate and produce the toxin tetanospasmin. This toxin affects the central nervous system (producing stiffness or muscular rigidity and convulsive muscle spasms). The incubation period for the time of injury until symptoms appear is 5 to 21 days. The earlier symptoms appear, the poorer the chance of recovery from tentanus.

Tetanus is often referred to as “lockjaw” because its most common symptom is a stiff jaw caused by spasms of the muscle that closes the mouth. Additional symptoms include difficulty swallowing; restlessness; irritability, stiff neck, arms, or legs; fever; headache; and sore throat.

As the disease progresses, a fixed smile and raised eyebrows may develop because of facial muscle spasms. Spasms of the diaphragm and the muscles between the ribs may also develop and interfere with breathing (often requiring mechanical ventilation). The abdominal or back muscles may also become rigid.

In severe cases, patients may become so sensitive to any kind of disturbance that they suffer painful spasms over their entire body and sweat profusely if the bed is jarred or they feel a draft or hear a noise. These convulsions can be severe enough to break bones.

Most people understand the connection between a wound caused by a rusty or dirty nail and the need for a tetanus shot. Many people don't realize that tetanus can be contracted in other ways. Any puncture wound can be infected with tetanus. Some seamstresses have contracted tetanus from sewing needles. Animal scratches and bites are potential breeding grounds for tetanus bacteria.

Infection can also develop in wounds in which the flesh is torn or burned, in wounds resulting from projectiles (such as arrows, bullets, or shrapnel), or in wounds caused by crushing or frostbite. The disease can also result from minor wounds caused by thorns or splinters if oxygen is unable to reach the injured tissues.

Years ago, I treated a man who died of tetanus. He was an older man admitted to hospice. He was homebound and was cared for by his wife, who was also an older adult. He had a sacral ulcer, a severe stage 4 wound. He was severely malnourished and lived in unsanitary conditions, with incontinence of bowel and bladder. He was transferred to a nursing home for wound care. Two days later he had dysphagia, respiratory distress, and opisthotonos. He died several hours later that day. It was a horrible death, and I would not want anyone to suffer that. That is why vaccination is so important.

Tetanus bacteria are found everywhere in the environment, and natural immunity to the disease is rare. That is why immunization is so important. Some individuals may be protected for life against tetanus after a properly administered series of vaccinations. In most people, antitoxin levels fall with time. Adults should receive booster doses every 10 years. In some individuals, antibody levels may fall too low to provide protection before 10 years have passed.

About the Author
Aletha Tippett MD is a family medicine and wound care expert, founder and president of the Hope of Healing Foundation®, family physician, and international speaker on wound care.

The views and opinions expressed in this blog are solely those of the author, and do not represent the views of WoundSource, Kestrel Health Information, Inc., its affiliates, or subsidiary companies. 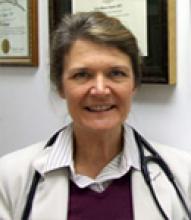